Brexit has created a democratic crisis 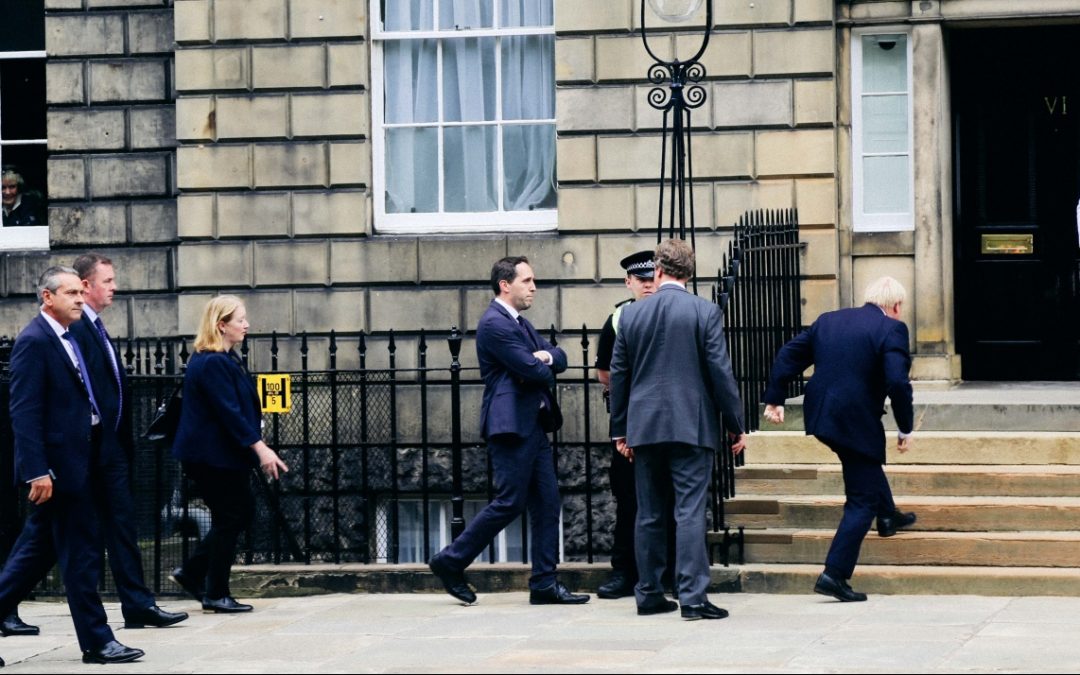 Well, here we are again. The UK has a new Prime Minister – the third in three years.

Theresa May’s entire premiership was defined by Brexit, and she was finally forced out after being unable to square the circle, boxed in by the red lines that she herself had drawn in her dealings with European leaders.

These contradictions do not go away with the departure of Mrs May. Her successor Boris Johnson may have a different style, but he faces exactly the same problems she did. The contradictions of the UK position can’t simply be overcome by bluff and bluster.

I hoped against hope that Mr Johnson might accept this reality and change tack, but he has done the exact opposite. He has swept aside all of the moderates in the Tory cabinet and created a government with just one aim – to take Scotland and the UK out of the EU without a deal in less than three months.

Make no mistake – despite all of the breezy confident talk from the new PM, a no-deal Brexit would be an absolute disaster. It would be a leap into chaos and confusion. It should be scarcely believable that it is even being contemplated.

Alarm bells are already ringing. Just last week the Bank of England cut its forecasts for the next two years. Governor Mark Carney warned of a “real economic shock” if the UK crashes out of the EU without a deal – with many businesses finding that they are no longer viable, severe job losses, and rising prices.

The value of the pound has been in free-fall in recent days, which will push up the price of imported goods and also make it more expensive to travel abroad.

Yet no matter the cost to jobs, to business, to public services and to households, the new Prime Minister seems determined to accelerate the pace and push us over that no-deal cliff edge.

As he travelled round the country last week, he heard warning after warning about his reckless approach.

In Wales, exasperated farmers warned him of civil unrest in rural parts of the country in the event of a no-deal Brexit and difficulties in exporting to the EU.

In Northern Ireland, the Prime Minister was able to offer precisely zero reassurances about how he would avoid problems there.

In England, Vauxhall’s owner warned that a hit in their profits caused by Brexit could see them shut down their enormous Ellesmere Port plant, resulting in devastating job losses.

And when the PM came to Scotland, I repeatedly pressed him on his Brexit strategy – but he didn’t seem to have one, beyond crossing his fingers and hoping the EU will give him what he wants and, if it doesn’t, plunging over the cliff edge anyway.

Of course, the problem isn’t the EU – it’s the Tories. Mr Johnson is refusing to have any more meaningful discussions with European counterparts until they make clear that they are willing to give in to his, frankly, unreasonable demands. He says he wants to abolish the Northern Irish backstop –something that is only needed because the Tories also want to leave the hugely important customs union and single market.

In short – it seems clear that he actually wants to leave with No deal and then blame the EU for all the consequences, despite the fact it will be his own fault.

The Scottish Government is absolutely opposed to crashing out of the EU without a deal –indeed any form of Brexit is against the wishes of the people of Scotland. But given this totally reckless approach from the Tories, we have no choice but to prepare for all our scenarios, and in Scotland we are now intensifying our work to prepare for the worst-case scenario of a no-deal Brexit.

We need to do everything we can to ensure that goods are able to flow in and out of Scotland, that there are adequate supplies of food and medicine and much more.

But let me be absolutely clear – even with the best possible preparations, leaving the EU without a deal will hurt Scotland’s businesses, disrupt trade and impact on all aspects of society. There is simply no way to mitigate every impact that ‘no deal’ will have, no matter how hard we try.

We have no choice to plan as best we can for a no-deal Brexit, but it is an enormous waste of time and resources. The UK Government has now allocated over £6bn to prepare for a no-deal Brexit which it says it doesn’t want – a staggering amount of money.

Brexit has already created a democratic crisis, and there is no doubt that a no-deal Brexit will also create an economic crisis. And the Prime Minister will not be able to say that no one warned him.

You’re going to hear a lot from Boris Johnson over the next few weeks about Brexit, but remember one thing: just because he sounds confident, just because he talks with conviction, it doesn’t mean that what he is saying isn’t nonsense.