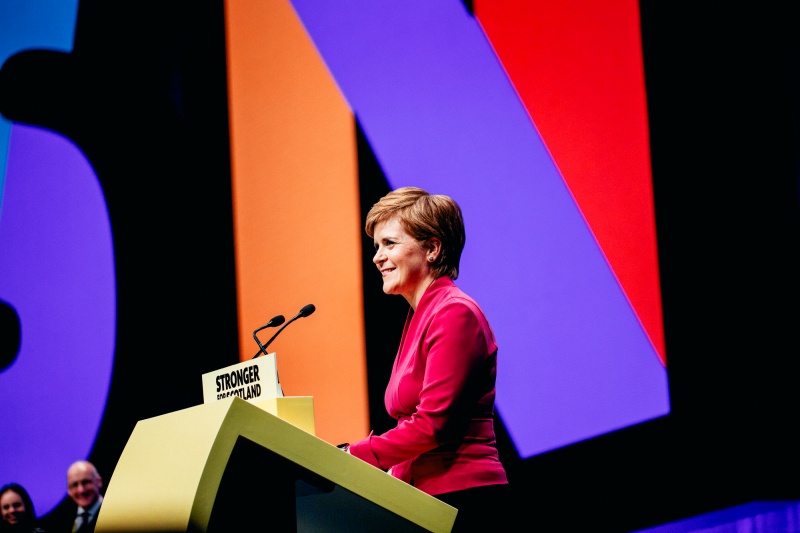 In her speech to conference on 15 October, First Minister Nicola Sturgeon, said she “will demand the transfer of power that puts the legality of a referendum beyond any doubt”. And that “the referendum must happen next year”.

Confirming 2020 as the year the referendum will be held, the FM also said that when the looming UK General Election comes, the SNP’s message “will be clear, simple and unambiguous: vote SNP to demand independence and secure Scotland’s right to choose“.

The First Minister quoted Billy Connolly, Robert Burns and Owen Dudley Edwards in her speech, as well as this quote from James Maxton: “Give us our parliament in Scotland. Set it up next year. We will start with no traditions. We will start with ideals … men and women will spend their whole energy, their whole brain power, their whole courage, and their whole soul, in making Scotland into a country in which we can take people from all nations of the earth and say: ‘This is our land, this is our Scotland, these are our people, these are our men, our works, our women and children: can you beat it?’ “. And ended the quote by saying, “If that’s not a modern day definition of independence, I don’t know what is.”

In a wide-ranging speech, the FM confirmed an independent Scotland would get rid of nuclear weapons, confirmed the government’s support for the WASPI women, and thanked young people, including the climate activist Greta Thunberg, for drawing the world’s attention to the urgency and global scale of the climate emergency. She announced the launch of a new fund of £27 million to support more than 200 schemes across Scotland to make it easier for people to cycle and to walk.

She also announced that the first payments from the Scottish Child Payment scheme would begin in December 2020 and that a new law would be introduced to protect victims of domestic abuse from having to flee the family home and become homeless. The new law will eject instead the perpetrator of the abuse from the premises.

In education, the First Minister announced that the government will double the hours of Early Learning and Childcare children receive to 30 hours a week by next August, saving families £4,500 a year for each child.

She ended her speech by emphasising that now is the time to seize our independence, quoting Burns, “It’s comin’ yet for a’ that.”.