Support for independence now at 50% 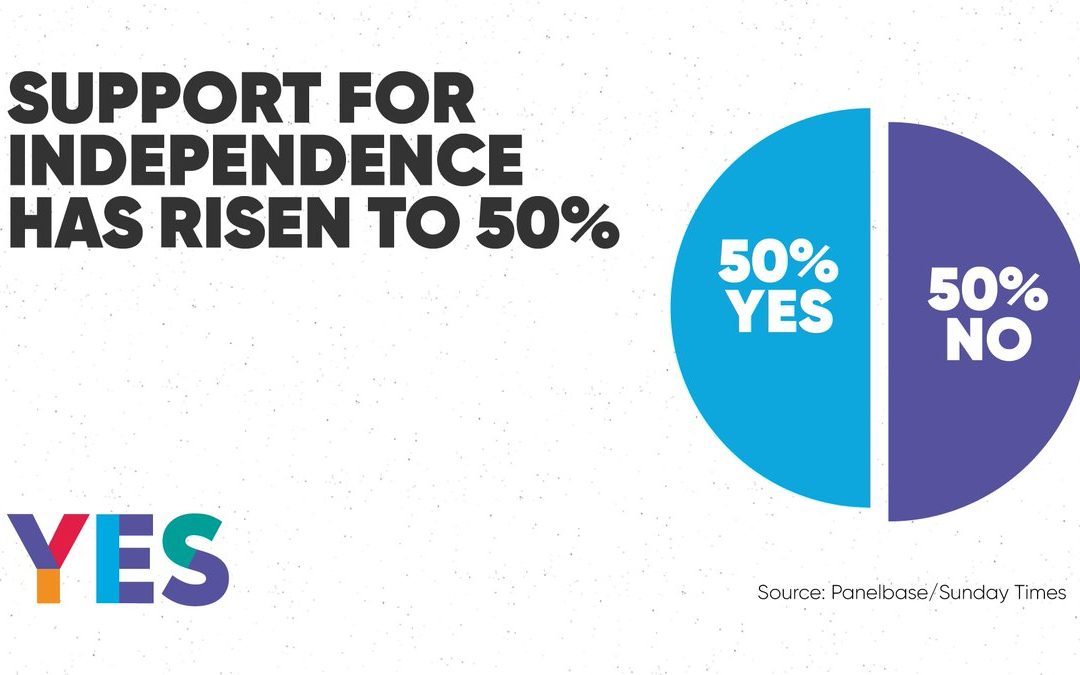 A new poll from Panelbase shows 50% of Scots now back independence – confirming that the next Yes campaign will get off to a great start.

Question: Should Scotland be an independent country?

This is highly significant poll. In recent times, Panelbase (along with YouGov) have been very much on the No-friendly end of the polling spectrum. From spring 2017 to autumn 2018, every Panelbase poll that was published put Yes somewhere around 44%, suggesting that independence support had gone backwards (albeit only slightly) since the 2014 referendum.

But from the end of last year onwards, the Yes figure has imperceptibly crept up, from 45% to 47%, then to 48%, then to 49%, and now to 50%. There has been no single poll in which we could say with confidence that the increase from the previous poll was genuine – but over a period of time the swing to Yes has self-evidently been real and statistically significant.

The all-time high for Yes with Panelbase was the 52% recorded in the immediate aftermath of the EU referendum in June 2016. With this poll we’re creeping back up to that kind of level of support – without any kind of independence campaign running.