The Tories are shifting further to the right, away from Scotland’s values 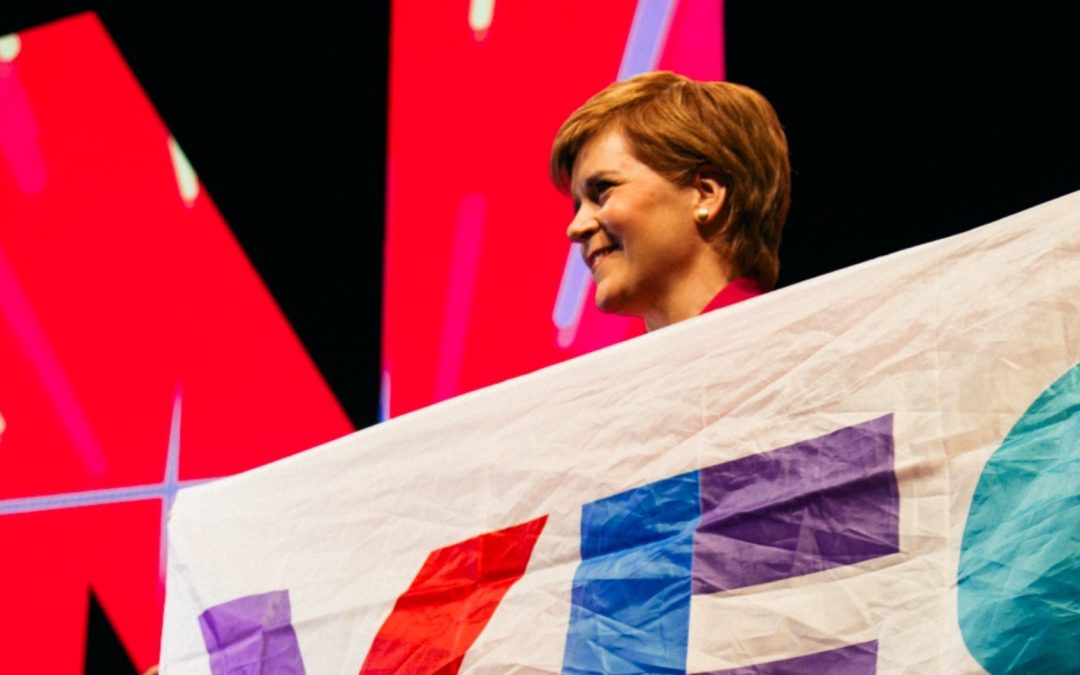 It was brilliant to see Glasgow voted 4th best city to visit in the world last week in an influential survey which helps people explore and experience the best places around the world.

As well as 4th overall (Edinburgh was number 1), Time Out’s ‘World’s Best City’ Guide also ranked Glasgow as the friendliest city in the world – a fact which comes as absolutely no surprise to those who of us live here or visit regularly.

It is a reminder that Scotland has so much to offer anyone who wants to visit. This is true, not just of Glasgow and Edinburgh, but all parts of our beautiful country – as proven by the immensely successful hosting of the 150th Open Championship in St Andrews over the weekend.

I was glad to have the opportunity to visit the ‘Home of Golf’ on Friday, to acknowledge such a huge and welcome boost to our tourism and hospitality industries, especially after more than two years of disruption caused by the pandemic.

It was great to see so many visitors from across the world once again enjoying Scotland’s beautiful scenery and top-class food and drink.

Much has happened in UK politics in the past weeks, including the resignation of Boris Johnson as Prime Minister. It won’t come as a surprise to anyone to hear my view that this did not come a moment too soon.

Although many in Scotland will have felt a sense of relief that the chaos of Boris Johnson’s tenure as Prime Minister is coming to an end, the fact remains that one Prime Minister Scotland did not vote for is about to be replaced by yet another.

It is also extremely concerning that the change of Tory leader seems certain to be accompanied by a shift even further to the right.

And, of course, a shift to the right from the Tories means a shift even further away from the mainstream of Scottish opinion and values.

So far, we have seen the candidates for Prime Minister promise tax cuts for the rich, cuts to public spending and public services. They have also launched blatant attacks on devolution and the powers of the Scottish Parliament.

While families and households across the country are trying navigate a severe cost of living crisis, caused by rising inflation and stagnant wages, we have heard next to nothing from any of these potential Prime Ministers on what they will do to alleviate these pressures.

Every minute the Tories spend squabbling over who gets to 10 Downing Street comes at the cost of support and investment to help people across the country who are struggling now.

It’s not good enough for UK Government Ministers to promise an update in due course – energy bills are sky-high and rising now, and with every day that passes, people become more anxious about how to pay these bills and feed their kids.

Action is needed – and it must be both significant and immediate.

The fact is that this cost of living crisis, which is the worst in living memory, has been made worse by decisions of Boris Johnson’s government, not least Brexit and its many damaging consequences.

No changing of the Westminster guard will reverse those decisions, nor will it set the UK on a better track.

The problems Scotland faces as a result of Westminster control run far deeper than any one individual, and the latest Tory leadership pantomime has brought into focus the significant and increasing democratic deficit that Scotland suffers as part of the UK.

No matter who becomes the next Prime Minister, it will be someone Scotland did not vote for, and they will impose policies we don’t support.

The issues that people here are focused on – tackling child poverty, supporting the recovery of our NHS, building a fairer economy, and making a just transition to net zero – will be hindered, not helped, by whoever becomes Prime Minister in the weeks ahead.

All of that underlines the necessity, in my view, of Scotland moving from Westminster control to independence.

Finally, a word about COVID. Cases have been rising over the last six weeks, and while vaccines are helping reduce the risk of serious illness, the sheer volume of cases is putting a strain on our NHS and the economy.

If you haven’t yet been vaccinated with your first, second or booster dose – for whatever reason – you can still visit drop-in clinics across the country.

A further booster vaccination will also be offered from September to those at highest risk of severe disease. This will include residents in care homes, frontline health and social care workers, adults over 50 and pregnant women.

The key message though is this – if you are eligible for any dose of vaccine, make sure you get it. It could save your life, and it will help protect those around you.

Controlling Covid will be key to alleviating pressure on our NHS as we move back into a busy winter period, so please continue taking care when in busy public spaces, and stay at home if you have symptoms.